A Modern Businessman Rooted in Tradition

One of Kuwait’s most influential business and civic leaders for more than 40 years, Kutayba Alghanim spearheaded transformation of the Gulf region’s corporate culture into one that has made today’s progress possible. Read More » 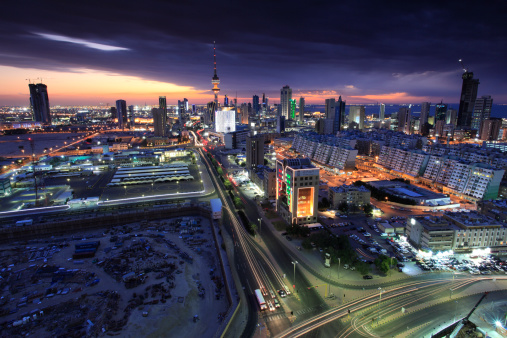 Kutayba has devoted his life and career to creating value with impact -- for his community, country and greater Gulf region.

Kutayba’s approach to opportunity has been shaped by a lifetime of business experiences and family lessons.

The Alghanim family has a long history of giving back to the local community.

Alghanim Industries, founded in 1932, is one of the largest conglomerates in the Middle East, with more than 30 businesses in 40 countries.

Alghanim Industries, participated in a major annual donation drive in collaboration with its strategic partner, the Kuwait Red Crescent Society (KRCS). The company donated and packaged 1,000 boxes of provisions for families in need.

In an effort to combat Kuwait’s harsh climate and introduce sustainable plant life, the Public Authority for Agriculture Affairs and Fisheries (PAAF) is taking the fight directly to the soil alongside Alghanim Industries...