The Alghanim family history is intricately intertwined with the history of Kuwait, having been one of the few founding families that arrived with the original settlers in the 1700s. During its early years, the settlement, now known as Kuwait, established its position as a commercial center for the movement of goods between India, Muscat, Baghdad and the rest of Arabia.

During these early years merchant families developed a robust boat-building industry, which enabled a new era of maritime commercial activity. The Alghanim family featured prominently, among other merchant families, in facilitating a dynamic trading economy. As a result, by the late 1800s, Kuwait was considered one of the most critical trading hubs in the region.

Ahmed Mohammed Alghanim was born in this time.

Inspired by his family’s legacy in long-distance commerce, Ahmed’s was drawn to the sea at a young age. He saw opportunity in pearl diving.

Back then, pearl diving was one of the largest industries in the Gulf Region. The shores of Kuwait were rich with oysters, making it ideally suited for diving. The local industry also benefitted from natural geography: Kuwait is located midway between major ports in the India-Europe shipping lane, making it a convenient — and regular — stop for crossing vessels during Ahmed’s lifetime. Indeed, at its height Kuwaiti pearls led the world’s luxury market.

In this environment, Ahmed built and grew a successful pearl-diving business, employing divers to help harvest oysters. As demand for this product grew – Ahmed’s pearls were considered some of the finest in Kuwait — he expanded his fleet of dhows, the traditional Kuwaiti sailing vessel, to keep pace.

In 1925, a terrible storm swept the Gulf and destroyed Ahmed’s fleet. This event, which could have been disastrous, was a turning point for Ahmed. Since he was known for his honesty and honoring his commitments, Ahmed was able to secure much needed financing to rebuild another fleet of dhows based on only a handshake. Rather than rebuilding the fleet and reinvesting in pearl diving, Ahmed took stock, carefully considered his options, and pivoted.

His new focus: timber and building materials. Thanks to the influx of foreign money and trading opportunities, demand for infrastructure — housing, offices, commercial complexes and more — was growing rapidly, and Ahmed caught the new wave.

It was a prescient decision. 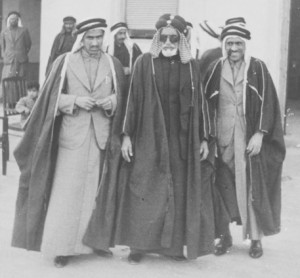 In the late 1920s, the artificial pearl was introduced, dealing a blow to the industry. Moreover, the Great Depression severely impacted traffic on trade routes. Demand for Kuwaiti pearls diminished. By the 1930s, the pearl diving industry was nearing its end.

However, Ahmed’s building materials business thrived. Years of trading through the shipping lanes had put him in constant contact with the English-speaking world, opening up new opportunities. Ahmed recognized that his business and Kuwait’s economic future depended on international commerce. At this time, Ahmed started what would be the beginning of a historic relationship with the Anglo-Persian Oil Company (also known as the Abadan Oil Company) by importing kerosene for lighting.

His increasingly international business led him to believe in the importance of education, a belief that began a family tradition – the pursuit of the highest quality education from abroad.

And so, with an eye on the welfare of his family, and growing his increasingly international business, he sent his son, Yusuf Alghanim, to the University of Karachi, in what was then British-held India. This was the best education available to a student from the region at the time.

Within the Kuwaiti business community, Ahmed Mohammed Alghanim was an esteemed figure, and held in the highest regard. He leaves behind a lasting legacy, one that has remained strong through the ages thanks to the work of the generations who succeeded him, and through the ongoing contributions of the company that still bears the family name, proudly – known today as Alghanim Industries. 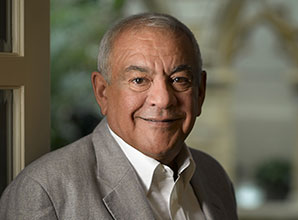 Kutayba Alghanim, the Chairman of Alghanim Industries, is a pivotal figure in the development of the company. Under Kutayba’s leadership, Alghanim Industries transformed from a traditional regional player into an innovative, modern corporation ...

Yusuf Ahmed Alghanim was born at the turn of the century, which was a period of dramatic change in his beloved homeland, Kuwait. It was also a time of great prosperity: during his lifetime, shipping was a primary driver of …